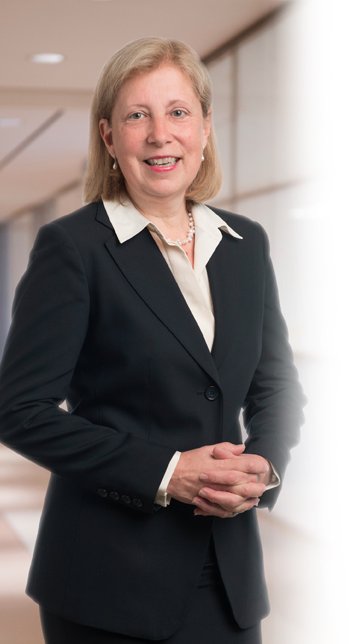 Helen Odar Wolstoncroft, Esq. brings extensive experience in intellectual property, including preparation and prosecution, counseling, licensing, and other corporate transactions as well as litigation to Saxton & Stump. Throughout her career, Helen has worked in all aspects of intellectual property law, including copyrights, trademarks, trade secrets, and patents.

Prior to joining Saxton & Stump, Helen worked for two large multinational corporations. When she moved to Lancaster, she also practiced at Barley, Snyder, Senft & Cohen in their intellectual property group. In addition, she practiced at several well-known law firms in Chicago, including Kirkland & Ellis, Sidley & Austin and Brinks Hofer Gilson & Lione, where she was a Shareholder. She started her career in intellectual property as a Patent Examiner in the U.S. Patent & Trademark Office in Washington, D.C.

Helen has shared her knowledge of intellectual property law while mentoring associates and junior colleagues. She also taught Patent Prosecution and Docketing for Paralegals and Intellectual Property Licensing at the John Marshall Law School in Chicago, Illinois. Helen was an adjunct professor of law at Penn State Dickinson Law School for two years.

Participated in all aspects of trial preparation and trial in front of the U.S. International Trade Commission in which temporary exclusion order was obtained

Participated in the drafting of the amicus brief to the U.S. Supreme Court related to color trademarks; the result of the Supreme Court decision enabled client to obtain registration of its color mark

Argued priority case in front of U.S. Patent Office Board of Appeals

Wrote speeches and articles on current intellectual property issues while at the U.S. Patent and Trademark Office on behalf of the Patent Office for several members of Congress