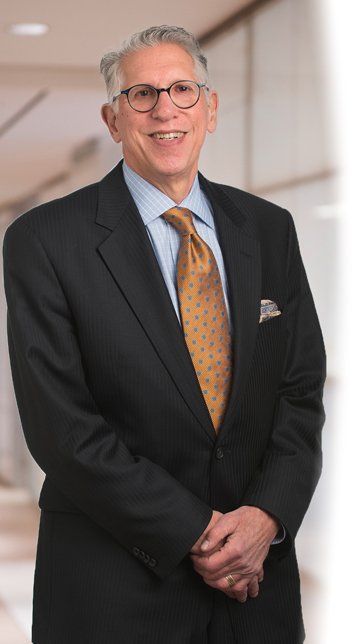 Barry A. Solodky, Esq. focuses his practice in Bankruptcy and Creditors’ Rights and is also a member of the firm’s Business and Corporate and Real Estate Groups. He brings four decades of experience in all aspects of bankruptcy law, including Chapter 7, 11, 12 and 13 proceedings.

Barry previously served 33 years as a court-appointed Chapter 7 trustee providing independent oversight for bankruptcy cases and as counsel for other fellow trustees. He has previously been appointed as a receiver in several cases, managing assets for insolvent businesses during proceedings. Barry is also an appointed mediator in the Bankruptcy Court for the Eastern District of Pennsylvania.

He is regularly invited to lecture on bankruptcy issues and is an annual guest speaker at the Lancaster Bar Association Bankruptcy Seminar.

United States District Court of the Eastern District of Pennsylvania

United States District Court of the Middle District of Pennsylvania

United States Bankruptcy Court for the Eastern District of Pennsylvania

United States Bankruptcy Court for the Middle District of Pennsylvania

Manheim Township Parks and Recreation Board, former board member and president

Acted as trustee in liquidating and selling numerous restaurants

Served as trustee in a bankruptcy proceeding involving an equipment leasing company that owed $500,000 to its creditors