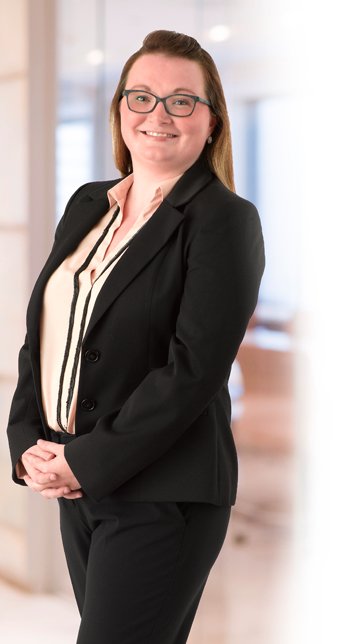 Brynn K. Libor brings over 7 years of legal experience in both public and private practice to Saxton & Stump. She serves as a paralegal, as well as one of the firm’s client services professionals.

Brynn received her bachelor’s degree from Shippensburg University where she majored in Political Science. She was an active member of the Political Science Club. She later obtained her Post-Baccalaureate Paralegal Certificate from Manor College.

Prior to joining Saxton & Stump, Brynn worked at the Governor’s Office of General Counsel in Harrisburg, PA where she provided paralegal support to the Governor, members of the Cabinet, and 35 executive and independent agencies across the Commonwealth. After a new administration took office, she returned to private practice at a law firm in Harrisburg where she provided paralegal support ranging from the defense of a prestigious boarding school to Pennsylvania’s Right-to-Know Law.