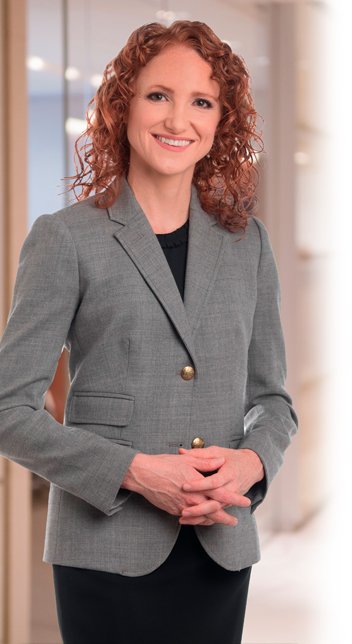 Emily M. Bell, Esq. focuses her practice in internal investigations and healthcare litigation. She has a background in white collar defense and has experience with investigators, law enforcement officials and other agencies in the identification, collection and evaluation of evidence.

As part of her practice, she represents doctors, hospitals and healthcare professionals in medical malpractice cases and works with individuals and corporations on risk management assessments, event investigations and policy analysis.

In addition to her experience as an attorney, Emily was previously a Certified Professional Midwife (CPM)® and has attended births and performed prenatal and postpartum exams both in Pennsylvania and in the Philippines.

While studying at Georgetown University Law Center, Emily was editor-in-chief of the Georgetown Immigration Law Journal. After receiving her J.D., she served as a law clerk to the Hon. Lawrence F. Stengel (Ret.) at the U.S. District Court for the Eastern District of Pennsylvania. Following her clerkship, she joined Kirkland & Ellis, LLP in Washington, D.C. and was most recently an attorney at a firm in Lancaster, PA.

United States Court of Appeals for the Third Circuit

Superior Court of the District of Columbia

Lancaster Farmland Trust, Board of Trustees

Counseled and defended corporations, including a medical device corporation and one of the largest technology companies in the world, in a variety of enforcement matters, including the Foreign Corrupt Practices Act (FCPA), federal securities laws and regulations, the False Claims Act (FCA), and healthcare fraud

Designed and presented investigations before Boards of Directors and enforcement authorities, including the U.S. Department of Justice

Obtained more than $2.7 million in settlements on behalf of clients

Successfully defended a Pennsylvania midwife in a homicide investigation