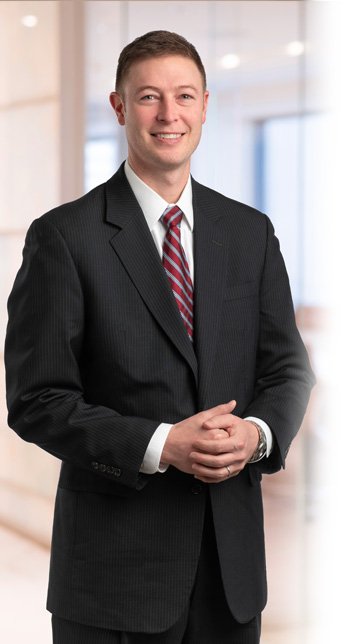 Jeffrey C. Bright, Esq. is a construction lawyer who focuses his practice on construction matters, civil litigation, employment law, and real estate development and disputes. He has litigated cases in federal and state courts, as well as in front of administrative agencies. Most of his litigation pertains to construction disputes, including breach of contract, mechanics’ lien claims, bond claims, claims on public projects under the Board of Claims’ jurisdiction, and claims under statutory prompt payment acts.

In his construction practice, Jeff represents contractors, subcontractors, owners, construction managers, and design professionals. In addition to handling disputes, he regularly advises on the preparation, revision, and negotiation of construction contracts for various project delivery systems. He also advises and litigates on insurance coverage and indemnity litigation that can arise during a project.

Jeff often advises construction companies on handbooks, policies, and specific workplace issues. He has litigated and guided employers on issues including non-compete covenants, misappropriation of trade secrets, and charges of discrimination or wrongful termination.

ABC Keystone, ABC PA Free Enterprise Day in Harrisburg, Between the Lines:  A Legal Seminar on the Do’s and Don’ts of Talking Politics and Unions in the Workplace, April 8, 2019

Defended contractor in prevailing wage dispute under the Davis-Bacon Act

Pursued and defended construction disputes that exceeded one million dollars

Advised and counseled contractors, subcontractors, and owners on hundreds of construction contracts

Prepared and advised clients on mortgages, notes, deeds, easements, and agreements of sale

Litigated and advised on residential and commercial landlord-tenant disputes