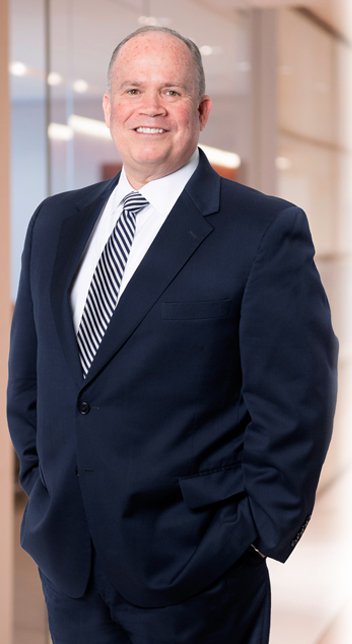 John has decades of experience handling both large and small real estate development projects that have reshaped Delaware County. While representing the Redevelopment Authority of the County of Delaware, John handled acquiring a portion of environmentally damaged waterfront, formerly a shipbuilding site, that was redeveloped into Harrah’s Philly Racetrack and Casino. The site now generates over $20 million per year in local tax and other revenue. He also led negotiations for developing a professional sports facility, Subaru Park, the home of Major League Soccer’s Philadelphia Union franchise. He has also enabled Monroe Energy to build an oil refinery in Delaware County. Currently, he serves as Chairman of the Board of the Delaware Valley Regional Finance Authority, a body created to provide loans for capital projects to boroughs, townships, cities, school districts and counties by Pennsylvania’s Municipality Authorities Act and he also served as Delaware County’s representative on the Delaware Valley Regional Planning Commission, the Metropolitan Planning Organization designated for the Greater Philadelphia Region.

Prior to joining Saxton & Stump, John was an attorney for Swartz Campbell for 25 years. He has longstanding relationships with political leaders and community influencers particularly in southeastern Pennsylvania, having previously served as a member and Chairman of the Delaware County Council as well as Solicitor for the County of Delaware. In these roles, John gained significant experience in municipal operations, finance, elections and emergency services.

He is actively involved in the local community, and previously served as a member of the Aldan Borough Council for 17 years. In 2019, the Borough Council meeting building was renamed and dedicated as the “John P. McBlain Community Center.” He has been recognized for his efforts to advocate for abused and neglected children in the dependency courts and was most recently recognized for his advocacy and support of transportation needs of elderly, disabled and special needs citizens.

U.S. Court of Appeals for the District of Columbia Circuit

Ancient Order of Hibernians, Past Division and Delaware County Board President

Community Transit of Delaware County’s Citizen of the Year Award for award for advocacy and support of transportation needs of elderly, disabled and special needs citizens, 2020

Disciplinary Board of the Supreme Court of Pennsylvania, Hearing Committee Member and Panel Chair, 2011 – 2017

Representative clients include the Boroughs of Prospect Park, Norwood, Clifton Heights and Glenolden, the Townships of Aston and Ridley, and Villanova University

In his role as a member and Chairman of the Delaware County Council, John managed an annual budget of over $500 million and nearly 3,000 employees. He acted as liaison to Delaware County Court of Common Pleas, as well as departments that handle criminal and civil law such as the District Attorney, Public Defenders Office, Office of Judicial Support and Board of Prison Inspectors. He also elected as Chairman of the County Council. The Council governs the county government which provides a wide array of services including human and social services; senior services; children and youth services; economic development; the state’s largest publicly owned nursing home; emergency communications (911) and emergency management; voter and election services; real property assessment; weights and measures regulation; consumer affairs; library services; medical examiner; tax claims; and provides for the court systems, including criminal justice and civil law matters.

As Solicitor of the County of Delaware, he served as the chief legal officer for the government of the fifth most populous county in Pennsylvania. His office handled a variety of legal matters including litigation management; labor and personnel; real estate; representation of various county departments such as sheriff, register of wills, prothonotary, emergency services; and, recorder of deeds. As Solicitor, John was directly involved with the County’s Executive Director and County Council in formulating, enacting and implementing county policy and programs.