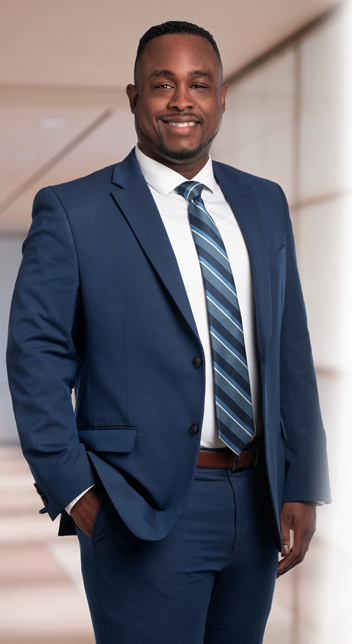 Lance is a former assistant district attorney (ADA) in the Lancaster County District Attorney’s Office, where he served as a supervisor and lead prosecutor in the Juvenile Court Division. In addition to his duties handling cases involving juveniles, he has successfully tried a wide range of adult matters through jury trials, bench trial and suppression hearings. As a former ADA, Lance has a developed respect in the community for his work resolving cases in a fair and compassionate way to put youth on a path for future success. Lance also serves as an adjunct professor of Juvenile Law and Justice and Constitutional Law at Elizabethtown College.

Lance is an active member of the Lancaster community and has served in many leadership roles. He is currently Vice Chair for the Lancaster Bar Association’s Diversity Committee whose role is to strengthen and expand the LBA’s commitment to diversity and inclusion within the Lancaster legal community. Lance also serves on the Board of Directors for Assets of Lancaster

Prior to his work as a prosecutor, Lance served as the Chief Deputy Clerk of Circuit Court in Roanoke, VA, supervising the departmental functions, including employees across Civil, Criminal, Probate and Land Records Divisions and acting as a liaison between the court and the Supreme Court of Virginia.

While earning his J.D. from Suffolk School of Law in Massachusetts, Lance was a Massachusetts Rule 3:03 Certified Student Prosecutor and able to participate in criminal prosecutions in Roxbury District Court. Additionally, he completed a summer internship at the United States Attorney’s Office assisting with legal investigations, research and drafting responses. He also compiled jury instructions for cases under the Federal false, fictitious and fraudulent claims statute. He also was a NAACP Kellogg’s Summer Law Fellow, one of six chosen from a national search, where he conducted legal research for an amicus brief submitted to the U.S. Supreme Court, among other legal research and advocacy projects on environmental justice, education, and other civil rights issues.