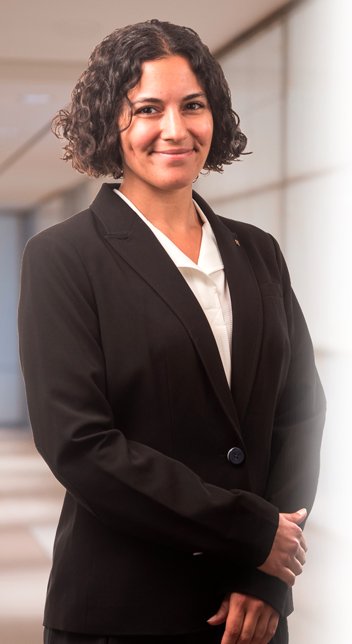 Maryam Boussatta is a paralegal in the Real Estate Group. She joined after spending four years working in two different offices of the Pennsylvania Supreme Court. Most recently she was an administrative assistant in the Disciplinary Board of the Supreme Court of Pennsylvania, where she oversaw management of all the administrative petitions for reinstatement filings and cases. She also worked in filing, developed and finalized presentations for Disciplinary Board staff and completed other administrative duties. Maryam also worked in the court’s Office of the Protonotary as an appellate court clerk.

Maryam received her degree from Temple University in political science and worked as an intern for U.S. Senator Bob Casey (Pa.) as a constituent advocate. In her role, she acted as a liaison with federal agencies on behalf of constituents, and related to them Sen. Casey’s position on policy issues and facilitated correspondence from the senator’s office. She also worked as an intern for a Pennsylvania U.S. Senate campaign assisting with both digital media and finances.

She currently is attending Harrisburg Area Community College, where she expects to receive her paralegal certification in 2023.