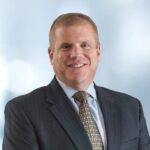 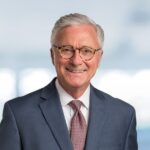 Our Appellate and Post-Trial Advocacy team handles all aspects of the post-trial and appellate process. We have handled appeals in all Pennsylvania state and federal appellate courts. We are thorough and effective in our written and oral presentation of issues. Our extensive experience with the post-trial process allows us to strategically preserve where necessary and present the issues on appeal that will give you the best chance at prevailing. A number of our group members are former law clerks to state and federal judges, including judges of the appellate courts.

Clients seek out our Appellate and Post-Trial Advocacy team to review appeals and adverse verdicts. Our recent appellate results include:

The Saxton & Stump appellate team successfully protected a defense verdict rendered on behalf of an OB/GYN and a related practice despite claims that several of the prospective jurors should have been stricken for cause. On appeal, the plaintiff argued the trial court erred in failing to strike numerous members of the jury panel for cause based on their alleged doctor-patient relationships with some of the defendants or their practices. Saxton & Stump argued the trial court’s rulings should be upheld because the plaintiff failed to make timely and specific objections to several of the challenged venirepersons and the challenged panel members did not have a close situational relationship with the defendants that warranted a strike for cause. The Superior Court agreed, adopting the trial court’s opinion that a venireperson need not be stricken for cause from a jury panel simply because she is or was a patient of a defendant medical practice. The Superior Court also upheld the trial court’s ruling that an increased risk of harm instruction was not warranted because no evidence was solicited by the plaintiff from her medical expert to support the charge.

Supreme Court denies application for exercise of King’s Bench powers in case where no underlying injury occurred and the damages claimed arose from a fear of future infection.
No. 208 MM 2017 (Feb. 27, 2018).

Saxton & Stump represented a hospital that was defending claims against several patients who underwent open-heart surgery several years ago. The patients and their spouses sought non-economic and punitive damages from the hospital due to a potential exposure to nontuberculous mycobacteria during their surgeries, despite admitting they did not contract any infection. Through preliminary objections, Saxton & Stump requested dismissal of the patients’ complaint because, under Pennsylvania law, no viable claim for corporate negligence exists where a patient suffered no physical injury and his/her alleged damages consist solely of a fear of contracting a disease in the future. The trial court agreed that the patients could not state a cognizable claim for fear of future infection absent an underlying injury. However, the trial court permitted the patients’ case to proceed on a claim of medical monitoring.

The patients filed an application for the exercise of King’s Bench powers or extraordinary relief with the Supreme Court, arguing their claims concern issues of public safety that are too important to deny review. Saxton & Stump opposed this application. The Supreme Court agreed and denied the application.

Although the trial court’s transfer order should have been upheld absent an abuse of discretion, the Superior Court sent the matter back to Philadelphia County, concluding health care services were furnished to the child in Philadelphia County when the cardiologist reviewed the diagnostic test, despite the child’s physical location in Berks County, and finding venue was appropriate in Philadelphia County because, in the Court’s view, the Philadelphia physician was directing the child’s care. This decision remains a leading Pennsylvania case pertaining to venue arising from the remote interpretation of diagnostic medical tests and should be considered by healthcare systems when they collaborate with outside institutions to care for their patients.

Saxton & Stump represented a surgeon and his practice in a case involving a laparoscopic cholecystectomy (closed gallbladder removal surgery). The patient claimed the surgery caused a small bowl injury, detected several days post-surgery. During trial, the patient’s expert witness testified the injury could only occur via negligence. Saxton & Stump argued this expert opinion embodied an unsupported, res ipsa loquitor theory, which was not rendered to a reasonable degree of medical certainty. The trial court agreed, granting a compulsory non-suit in favor of the surgeon.

On appeal, the patient argued the expert witness’s opinion was appropriately stated and contained the requisite degree of medical certainty. Like the trial court, the Superior Court rejected these arguments, affirmed the judgment and held the expert opinion was insufficient as a matter of law. The Supreme Court denied review.

Superior Court held the Mental Health Procedures Act does not require a final commitment determination to be made within two hours of arrival to a treatment facility.
No. 6 MDA 2016 (Pa. Super. Nov. 15, 2016).

In a matter of first impression, a patient sought to challenge and expunge from his medical record a prior, involuntary commitment because a physician failed to make a final commitment determination within two hours of his arrival to the hospital. Saxton & Stump successfully defended the commitment in the trial court, and the Superior Court affirmed. Notably, the Superior Court agreed that Section 302 of the Pennsylvania Mental Health Procedures Act required an examination by a physician within two hours of arrival at a treatment facility for purposes of an involuntary commitment, but a final commitment determination does not need to be made within that same two-hour period.

Superior Court upholds trial court’s decision to permit a hematologist to testify regarding the standard of care of an interventional cardiologist
145 A.3d 1171 (Pa. Super. 2016).

Saxton & Stump represented an interventional cardiologist in an action arising out of the death of a patient following an arterial dissection, angioplasty, and stenting procedure. Following a defense verdict, the patient’s estate appealed, arguing the trial court impermissibly permitted a hematologist to testify as an expert witness in support of the interventional cardiologist’s care. The Superior Court concluded the expert witness had “substantial familiarity” with the care at issue, in accordance with the MCARE Act, and the trial court did not err by allowing such testimony. Furthermore, the Superior Court also agreed that any error in allowing the testimony was harmless given other testimony adduced by Saxton & Stump at trial.

Superior Court rejects a petition for permissive interlocutory appeal where a physician and his practice were dismissed shortly before trial due to the patient’s failure to establish a patient/physician relationship or proffer competent expert opinions
No. 41 WDM 2016 (Pa. Super. June 13, 2016).

After the trial court allowed a patient to open a judgment of non pros that was obtained due to his failure to file appropriate certificates of merit against two orthopedic surgeons and their practice, Saxton & Stump successfully petitioned the Superior Court to accept an immediate interlocutory appeal. The grounds for appeal centered on the trial court’s error in applying an “attorney oversight” standard where the patient’s counsel had prepared certificates of merit but had not appeared in the litigation at the time judgment was entered. The Superior Court agreed, holding the patient failed to offer a reasonable excuse for not properly filing appropriate certificates of merit. The Superior Court reversed and remanded the matter for entry of judgment. The Supreme Court denied review, and judgment was entered by the trial court, ending all claims against S&S’s clients.

Similar to Renz, this case involved the entry of a judgment of non pros against a patient by Saxton & Stump on behalf of a hospital and physician due to the patient’s failure to file certificates of merit. The Superior Court quashed the patient’s appeal, which ended all claims against Saxton & Stump’s clients.

Saxton & Stump obtained summary judgment in favor of a thoracic and cardiac surgeon and his practice because the patient’s expert witness did not meet the requirements of the MCARE Act. Specifically, the expert witness was not engaged in or retired within the previous five years from active clinical practice or teaching. On appeal, the Superior Court affirmed. Saxton & Stump successfully opposed the patient’s petition for review before the Supreme Court, and judgment in favor of our clients was upheld.

Saxton & Stump obtained a judgment of non pros against a patient’s estate due to the estate’s failure to appropriately file certificates of merit. On appeal, the Superior Court determined the estate had waived all its appellate rights and dismissed the appeal. Furthermore, the Court also concluded it would have rejected the estate’s appeal on substantive grounds because it had not complied with the certificate of merit rules. The estate’s petition for review was denied by the Supreme Court.

The husband of a deceased patient filed a medical malpractice action against several healthcare entities and physicians arising out of his wife’s care. The trial court dismissed the husband’s action because the husband did not have standing to bring the lawsuit in his individual capacity. On appeal, the Superior Court affirmed, agreeing that the husband also could not amend the case caption to raise claims in a representative capacity on behalf of his wife’s estate because to do so would be to impermissibly add new parties and claims after the statute of limitations had expired. The Supreme Court denied review.