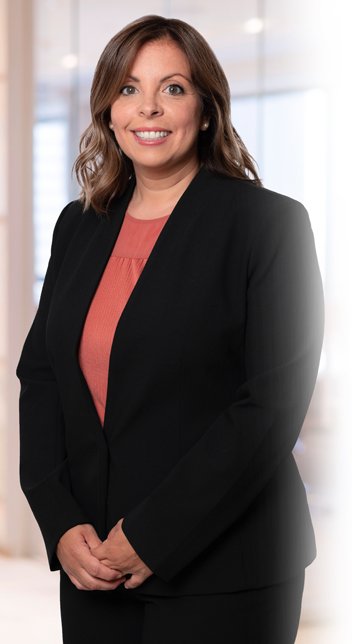 Aubrey C. Emrich is an associate at Saxton and Stump in the Investigations and Criminal Defense Group. She concentrates her practice on the defense of individuals and businesses in all stages of a criminal case, including investigations, trials, sentencing proceedings, and appeals. Aubrey has handled federal and state criminal cases involving Racketeer Influenced and Corrupt Organizations (RICO) conspiracies, wire and mail fraud, bank fraud, tax fraud, possession and distribution of narcotics, bank robbery, and identity theft.

Prior to joining Saxton & Stump, Aubrey spent more than a decade focusing on criminal defense while working at a small but well-known Philadelphia-based firm that mainly handled criminal, complex tax, and white-collar defense matters. Previously, she also gained experience in commercial litigation while working at a mid-sized business litigation firm in Philadelphia.

While earning her J.D. from Rutgers University Law School, Aubrey served on the law review – the Rutgers Law Journal – and was elected to serve as one of its four executive editors. During her time at Rutgers, Aubrey worked as a judicial extern for the Honorable Timothy R. Rice, U.S. Magistrate Judge for the Eastern District of Pennsylvania, and as a judicial intern for the Honorable Anita B. Brody, U.S. District Court for the Eastern District of Pennsylvania. Aubrey also actively participated in the Children’s Justice Clinic, where she provided legal representation to youth in Camden, N.J. who faced delinquency charges in juvenile court.

Temple American Inn of the Court