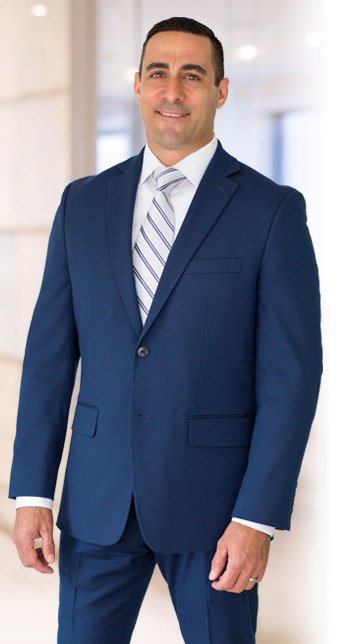 Chilton (Chad) G. Goebel, III is a trial lawyer with significant experience in litigating complex medical malpractice, product liability and casualty matters involving catastrophic injuries. Chad has a reputation for his aggressive yet pragmatic approach to every case to ensure the best results possible for his clients. When justified, Chad uses alternative approaches to reach resolutions outside the courtroom, including mediation and binding arbitration.

Chad was born and raised in the greater Philadelphia area where he still resides with his family.

U.S. District Court for the Western District of Pennsylvania

Defense verdict for emergency medicine physician after a two-week trial, where it was alleged that the defendant physician failed to monitor a patient with secondary post-partum hemorrhage and failed to properly and timely obtain a consult with an OB/GYN specialist. The defense proved that the defendant met the standard of care in his assessment, plan and follow up which led to a lifesaving procedure by the OB/GYN who had promptly responded when the patent became hemodynamically unstable.

Defense verdict after nine-day binding hi/low AAA arbitration for a urologic surgeon who allegedly failed to diagnose and follow up a mixed epithelial stromal tumor (MEST), which he had removed during a robotic laparoscopic procedure. The defense proved not only that the physician met the standard of care but through the use of experts, established that the tumor was misdiagnosed by plaintiff’s pathology expert. Despite the best care and follow up the tumor, which was actually a sarcoma arising in a MEST, would always have recurred and had a very poor prognosis.

Defense verdict in a premises liability case submitted to binding hi/low arbitration where it was alleged that the landowner failed to inspect and maintain the premises leading to a slip and fall which resulted in permeant spinal damage disability. The defense proved the landowner had no notice of the alleged hazardous condition.

Defense verdict in Philadelphia County in a product liability case for a manufacturer of floor finish products where it was alleged that the floor finish had created a hazardous condition leading to a slip and fall causing catastrophic injures including partial paralysis. The defense proved that the product had no defect.

Defense verdict for motor vehicle operator and his employer whom plaintiff alleged had caused a motorcyclist to crash while driving in the course and scope of his employment. Defense on liability despite two eyewitnesses for plaintiff who testified against the defendant driver. The defendants’ case was established in part through accident reconstruction and human factors analysis which proved the motorcyclist was inexperienced, failed to operate his vehicle in a safe manner, failed to brake properly, failed to pay attention to his surroundings and likely was exceeding the speed limit, thereby causing the accident