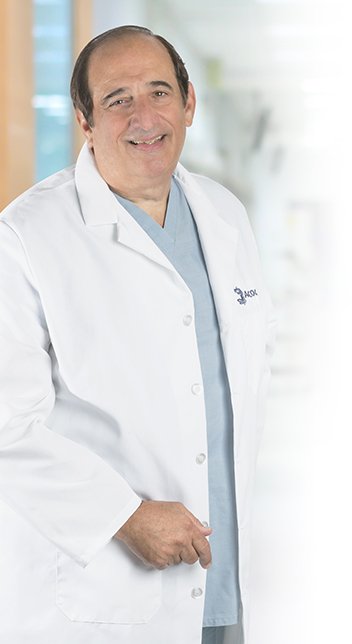 Dr. Waldman is the President of the Medical Staff at St. Joseph’s Hospital Health Center in Syracuse, NY and a member of the Board of Trustees. He previously served as the hospital’s Chairman for the Department of Obstetrics and Gynecology and Medical Director of Performance Improvement.

He has been practicing OB-GYN care in the Syracuse area since 1976 and is President of Associates for Women’s Medicine, a nine physician obstetric and gynecological specialty practice.

Dr. Waldman has advocated for improvements in the health and welfare of women throughout his career. Among other things, he established the first hospital-based midwifery practice in central New York. He carried through his passion in this area as president of ACOG from 2010-2011 and as Chairman of the Council of District Chairs of ACOG in Washington, D.C. He was President of the Central New York Obstetrics and Gynecology Society and was a member of the board of the National Perinatal Association.

Dr. Waldman has lectured extensively on pregnancy and childbirth across the United States and has also lectured internationally. He spearheaded a team of obstetrical safety educators in Russia and, in 2011, he received an Emeritus Professorship at the Kulakoff Center for Perinatal Research in Moscow.

He has published several articles in peer review journals and co-edited an issue of Obstetrics and Gynecology Clinics of North America dedicated to collaborative practice.

Dr. Waldman sits on the Board of Directors for SE Healthcare, Saxton & Stump’s strategic partner. He has served on Boards for the Maternity Care Association, National Perinatal Association, and Vera House. He is Past President of the Central New York OB-GYN Society and a member of the Lancer Society, Medical Society of State of New York, and Onondaga County Medical Society.

Dr. Waldman received his medical degree from the New Jersey College of Medicine (1972). He completed his residency in Obstetrics and Gynecology at the Upstate Medical Center in Syracuse, NY.

American College of Obstetricians and Gynecologists