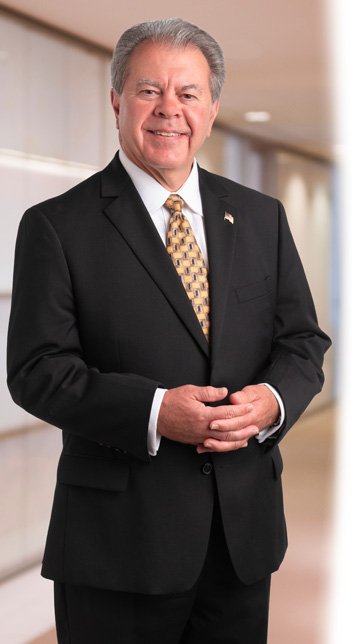 Hon. Robert A. Graci (Ret.) is Chair of the firm’s Attorney and Judicial Ethics and Discipline practice. As former Pennsylvania Superior Court Judge and retired Chief Counsel to the Judicial Conduct Board of Pennsylvania, Judge Graci brings more than 40 years of diverse judicial and legal experience to Saxton & Stump’s clients. He also serves in the firm’s Appellate and Post-trial Advocacy and Internal Investigations Groups, as well as Title IX services.

Judge Graci also serves as a Mediator and Arbitrator for the firm’s partner organization, Optimal Dispute Resolutions. Between his experience as an appellate judge, his service as Chief Counsel to the Judicial Conduct Board and his work for the Attorney General’s Office, Judge Graci has seen some of the most complex issues. As a result, he is well-positioned to approach each mediation and arbitration in a fair and objective manner to bring even the most complicated cases to resolution.

As Chief Counsel to the Judicial Conduct Board of Pennsylvania, Judge Graci was Chief Legal Adviser to the Board and was responsible for supervision of the Board’s staff, the conduct of its investigations, and the Board’s prosecutions before the Court of Judicial Discipline. During his time, he served in various capacities in leading and supporting investigations into allegations of misconduct and other Board activities.

Judge Graci served on the Superior Court from 2002 to 2004 before becoming a Member in the Harrisburg office of Eckert Seamans Cherin & Mellott, LLC, focusing his practice on appeals, general litigation, regulatory and administrative law and governmental relations. He was also engaged in the firm’s white collar defense practice representing individuals charged with fraud and corruption-related offenses, as well as those subpoenaed to appear before investigating grand juries. Drawing on his many years as an appellate litigator and judge, he chaired the firm’s Appellate Practice Group, further refining his brief-writing and appellate advocacy skills while successfully navigating a number of appeals.

Judge Graci has lectured for the Pennsylvania Bar Institute, Pennsylvania Conference of State Trial Judges, the Minor Judiciary Education Board, Pennsylvania District Attorneys Institute, Delaware State Bar Association and other forums. He has authored several articles and CLE course materials and has been recognized for his accomplishments by the PBA and several attorneys general he served.

United States Courts of Appeals for the Fourth Circuit

United States District Courts for the Eastern District of Pennsylvania

United States District Courts for the Western District of Pennsylvania

Pennsylvania Bar Association, Past Chair of the Criminal Law Section and Co-chair of the Post-Trial and Appellate Advocacy Committee

The Leukemia & Lymphoma Society – Central Pennsylvania, Past Board of Trustees Member