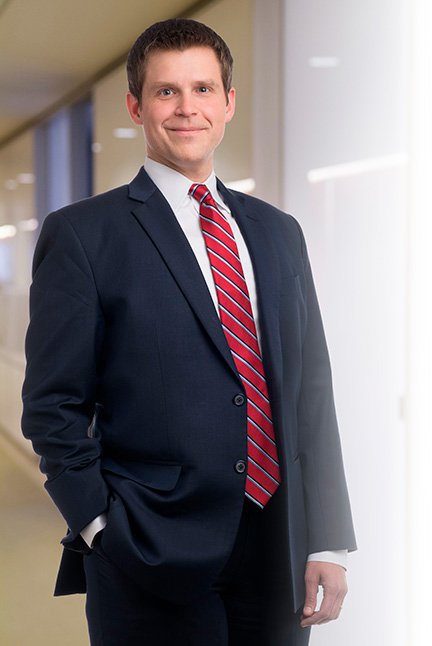 Jason G. Benion, Esq. is the Chair of Saxton & Stump’s Death Care Group and a member of the Commercial Litigation and Business and Corporate Groups. With nearly 15 years of legal experience, Jason counsels clients through complex litigation, business and contract disputes and regulatory matters.

Jason previously served as federal law clerk to Hon. John E. Jones III in the United States District Court for the Middle District of Pennsylvania. After he received his J.D. from Georgetown University Law Center, Jason began his career with Morgan, Lewis & Bockius LLP, a national law firm, as an associate in their Washington, D.C. office. Most recently, he was a principal in the business law and litigation practice group in the Harrisburg office of Post & Schell, P.C.

State YMCA of Pennsylvania, Board of Directors

Humane Society of Harrisburg Area, Board of Directors

Funeral Service Insider, “Be Our Guest: Pennsylvania Board Opens the Door to Offering Food,” 2019

Testified before the Pennsylvania House of Representatives Local Government Committee Public Hearing on Access to Cemeteries, 2017

Successfully represented funeral homes, cemeteries, and crematories in a challenge to the constitutionality of the Pennsylvania Funeral Director Law

Enforced non-competition agreement for a funeral home chain and collected $500,000 in compensation for the client

Defended an insurance agency against consumer protection claims brought by the Pennsylvania Attorney General’s office, resulting in a favorable settlement

Testified before the Pennsylvania General Assembly regarding cemetery access legislation

Obtained a cease and desist order, which shut down an unlicensed online cremation marketer

Litigated a dispute between funeral homes concerning the transfer of preneed contracts, which was favorably resolved