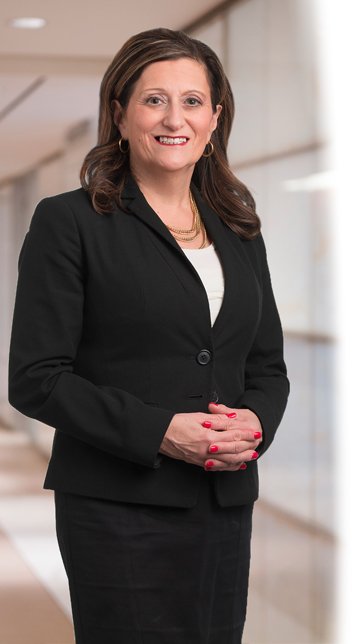 Pauline Felice Gibble, Esq. brings more than 30 years of experience to the firm’s Bankruptcy and Creditors’ Rights group. As a part of her practice, Polly represents secured and non-secured creditors, businesses, vendors, suppliers, bankruptcy trustees, purchasers of assets and individual creditors on small and large claims. Her broad and diverse background makes her an asset to the firm’s Commercial Litigation and Real Estate groups as well as the Commercial Lending, Banking and Finance group.

Prior to joining Saxton & Stump, Polly was a career judicial law clerk serving two chief judges for the United States Bankruptcy Court for the Eastern District of Pennsylvania. She clerked for Hon. Richard E. Fehling for 13 years until his retirement in 2019 and also for Hon. Thomas M. Twardowski for 18 years until his retirement in 2006. In these roles, she gained a deep understanding of bankruptcy law and proceedings researching and analyzing bankruptcy issues, reviewing pleadings, preparing bench memos, drafting opinions and orders on pending matters and attending court proceedings. Her first clerkship after receiving her law degree was for Hon. D. Richard Eckman at the Lancaster County Court of Common Pleas.

Before her judicial clerkships, Polly was in private practice with Morgan, Hallgren, Crosswell & Kane, P.C. in their Lancaster office where she practiced in the firm’s business, real estate, land use and municipal law areas. She formerly volunteered with the Wernersville Borough Planning Commission as a practicing member of the hearing panel. In this role, she reviewed land development plans and zoning amendments, as well as provided recommendations and guidance to the borough on zoning, land use and planning issues.

United States Bankruptcy Court for the Eastern District of Pennsylvania

Served as receiver in the dissolution of a corporation

Served as solicitor to the Columbia-Marietta Development Company

Served as solicitor to the Elizabethtown Area Community Services Authority

Handled all in-house legal matters for a local e-commerce business, including drafting, reviewing and negotiating contracts and leases, and providing legal advice and solutions to various matters