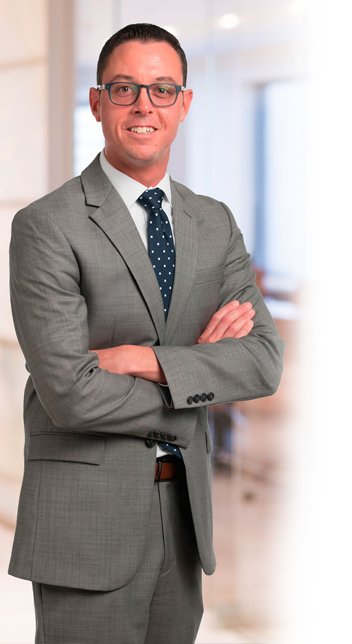 Stephen J. Fleury, Jr., Esq. focuses his practice on labor and employment law, post-acute & long-term care, and healthcare litigation. He represents employers and insurers in state and federal courts with claims pertaining to Title VII of the Civil Rights Act, the Family and Medical Leave Act, and the Fair Labor Standards Act. Steve has also represented clients before the Department of Labor and Industry in matters involving workers’ compensation and unemployment benefits.

Most recently, Steve was an Associate in the Employment practice group at a Lancaster-based law firm. During this time, Steve presented to several industry groups on topics involving the aging workforce and the intersection between sometimes overlapping employment statutes.

Steve graduated from the Dickinson School of Law. While in law school, Steve served as Articles Editor and Iqbal Symposium Coordinator for the Penn State Law Review. He was a recipient of the annual Editor-in-Chief’s Award.

Dickinson School of Law of The Pennsylvania State University, J.D., 2010

“COVID-19 Guidance: Practical Ways for Providers to Protect their Employees and Business,” Pennsylvania Advocacy and Resources for Autism and Intellectual Disability,  April 2020